← Back to Other Land For Sale in Gloucestershire 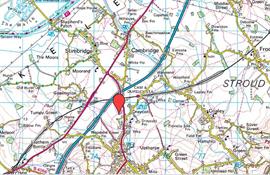 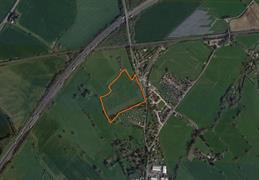 FOR OPTION / PROMOTION AGREEMENT ONLY

The site comprises a parcel of predominantly agricultural land together with areas of hardstanding with storage buildings. The land borders the A4135 which provides access from the A38 to the north to Cam and Dursley. Directly opposite the land is a newly completed 71 unit Taylor Wimpey scheme.

The Emerging Strategy Paper November 2018 designates Cam as a Tier 1 settlement. Cam is a very large settlement (second largest population after Stroud). Cam and Dursley are adjacent settlements and their combined population (14,800+) makes this a very significant conurbation and an important second focus for the District. The preferred direction for housing growth in landscape terms is to the north/north east and east of the settlement.

The subject site is located within a draft allocation identified as 'PS24 West of Draycott: up to 700 dwellings plus open space'. The land does not appear to be subject to any restrictive policies within the local plan, nor is it located within a flood zone or sensitive landscape designation. The latest Landscape Sensitivity Study also illustrates that the site has a medium to low landscape sensitivity. The land is classified as Grade 3a. A public footpath runs along the western boundary.

The pricing is unfortunately not available for this property online. Please submit your details using the form below and the agent will contact you to discuss this further.

Request more information about this property
↑ Back to top

This property is marketed by